He was born on 4 June 1952 in Oborniki Śląskie near Wrocław. He grew up in an intelligentsia family with strong land-owning and independence traditions. At home he learned patriotism, attachment to civic values, respect for tradition, and love of freedom.

Already as the secondary school student at Cyprian Norwid XXIV LO in Warsaw he became engaged in opposition activity — he participated in manifestations, including those during the events of March 1968. He was first arrested in 1971, at the age of nineteen.

In 1976 he participated in aid actions for workers from Radom and Ursus. He actively cooperated with the Workers Defence Committee and the Movement for Defence of Human Rights and Freedoms. He organised patriotic manifestations and published underground press.

In 1977 he obtained his M.A. degree at the Faculty of History at the University of Warsaw. After graduation he worked at PAX Press Team and in 1980–1981 at the NSZZ “Solidarność” Centre for Social Studies in the Mazovian Region. From September 1982 he was an editor of the independent, underground paper “ABC. Adriatyk, Bałtyk, Morze Czarne”, dedicated to the cooperation among countries in the region of the Adriatic, Baltic and Black Seas.

Over many years of his opposition activity he was repeatedly persecuted and arrested, and during the martial law — interned. Until 1989 he was a lecturer in history at the junior seminary in Niepokalanów. 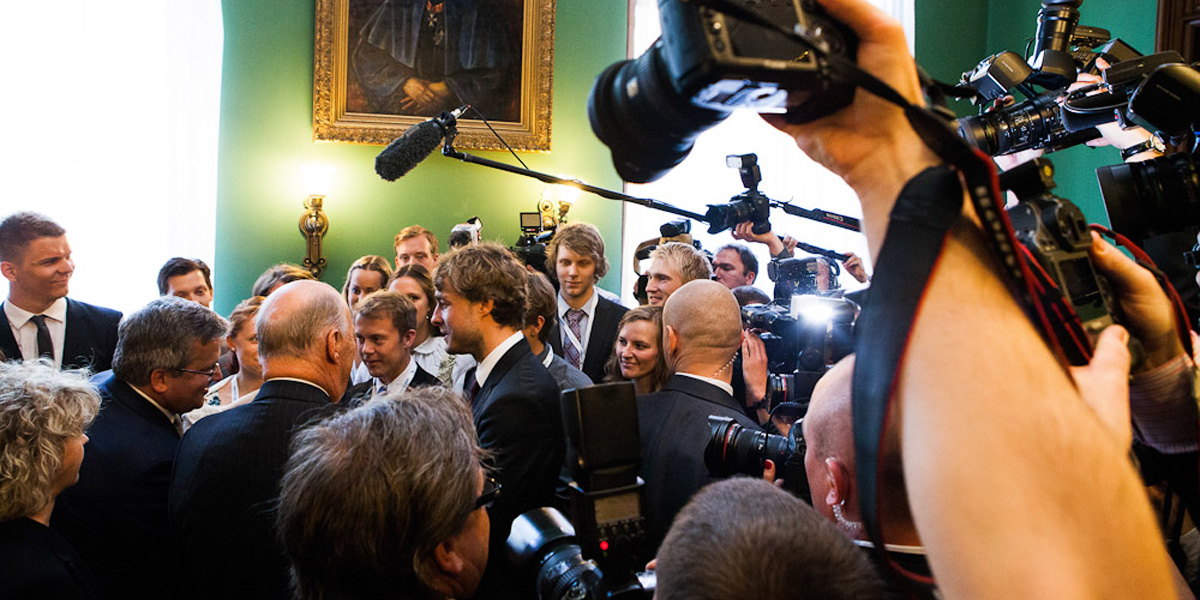 In free Poland Bronisław Komorowski became involved in public activity. In 1989–1990 he headed the staff of minister Aleksander Hall in the Office of the Council of Ministers. From 1991 to 2010 he was a member of parliament at the Sejm of the Republic of Poland. He worked on the Commission for Poles Abroad, National Defence Commission, and Foreign Affairs Commission.

In 1990–1993 — in the governments of Tadeusz Mazowiecki, Jan Krzysztof Bielecki and Hanna Suchocka — he was deputy minister of national defence for educational and social matters. In 2000–2001, in the government of Jerzy Buzek, he headed the Ministry of National Defence. 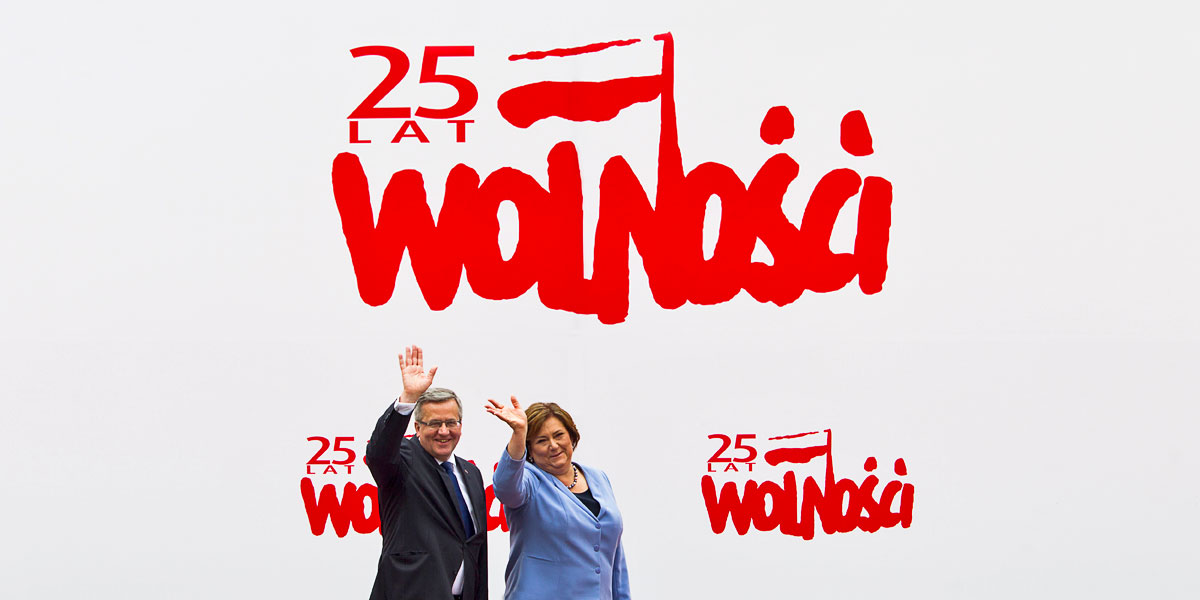 After the tragic death of president Lech Kaczyński in the Smoleńsk plane crash on 10 April 2010, in accordance with the Constitution of the Republic of Poland, Bronisław Komorowski — speaker of the Sejm — acted in the capacity of President of the Republic of Poland. He held the function until 8 July 2010, when he stepped down as the speaker of the Sejm.

He won the presidential elections on 4 July 2010. He took office by being sworn in before the National Assembly on 6 August 2010. He said then:

“I offer cooperation and concerted consideration of the issues most relevant to Poland. I believe in dialogue which enriches and prevents the collapse of the sense of national community amid disputes and quarrels. This is essential also because it is the mutual trust, the will and the ability to cooperate, as well as the size of social capital that to a large extent determine the country’s development and modernisation — and, consequently, the possibilities to fully use our civilizational opportunity.”

Bronisław Komorowski’s term of office as President of the Republic of Poland ended on 6 August 2015.