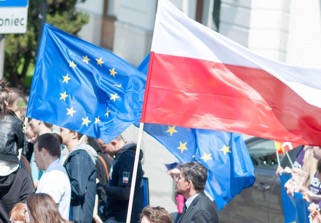 The European Union in 2016. A year of five deferred challenges. Analysis by the Institute.

We do not know what new events the new year will bring. We do know, however, that the European Union will have to face the five challenges with which it already grappled in 2015.

According to UN statistics, about a million of refugees arrived in the European Union in 2015 (above all from Syria, but also from Afghanistan, Iraq and other countries) — that is almost four times as many as a year before. This led to the collapse of the Dublin Regulation defining the rules concerning the treatment of refugees in Europe as well as the handling of tensions both among various EU countries and within individual member states. The migration crisis and terrorist attacks make it difficult to maintain the freedom of movement in the EU, since the EU member countries have no control over the influx of immigrants.

In response to the crisis the Union introduced after numerous disputes an extraordinary voluntary plan of distributing some of the refugees among individual countries. The EU promised to spend 2.3bn euros on counteracting the crisis, including on stabilising the situation in Northern Africa and the Middle East. Plans to establish common EU border security guards are being discussed. In November the EU concluded an agreement with Turkey — Ankara is to stop the wave of immigrants in return for financial aid, abolishing of visas and resuming of negotiations on the EU membership.

What next: The European Commission estimates that by the end of 2016 even as many as 3m refugees may arrive in the European Union. A combination of various measures is designed to mitigate the impact of the crisis. A key to bringing the situation under control should be the performance of the agreement concluded with Turkey in November. Tightening of the external borders of the European Union by the new EU border guards may stop immigrants on the Balkan route. This can, however, redirect the stream of refugees to the countries in the south of Europe.

Next or the following year the Brits will vote on whether to stay in the European Union or leave it: prime minister David Cameron, under the pressure from Eurosceptics in UKIP and in his own party, promised a referendum on the matter. This is the first time that citizens of one of the largest EU countries will express their opinion on the country’s potential exit from the EU. In December London presented for the first time in writing its demands concerning reforms to the European Union — Cameron makes his position in the referendum conditional on the fulfilment of those demands. Changes would affect four areas: economic management, competition, sovereignty and immigration.

Some of the British demands, including the proposal to deepen the EU internal market or the right for national parliaments to veto new EU legislation, may find understanding in the EU capitals. Some other are very hard to accept. That applies in particular to the right for London to veto new solutions within a further integration of the euro zone and the reduction of social benefits for immigrants from other EU countries, which would mean interfering with one of the four EU freedoms: the free movement of people. London’s concessions on that issue will discredit Cameron in the eyes of Eurosceptics, and on the other hand other countries will not agree to their citizens being discriminated against.

What next: Cameron wants the referendum to take place soon, because the migration crisis strengthens Eurosceptics and the uncertainty about the UK’s continued membership in the EU is unfavourable for business. If an agreement with other capitals is reached in February, the referendum will be held in June or July. If negotiations prove long-drawn-out, the Brits will probably vote at the end of 2016 or at the beginning of 2017. Even if Cameron brings about an agreement and announces the negotiation result as a success, the outcome of the referendum is highly uncertain.

3. Russian crisis. Sanctions, Minsk and what next?

One of the last decisions made by the European Union in 2015 was to extend by another six months the sanctions imposed on Russia on account of its aggressive activities in eastern Ukraine. Despite concerns of many observers, including in Warsaw, the European Union once again managed to maintain unity on this matter.

What next: Although the opponents of the restrictions are increasingly vocal and pressure from Moscow continues, in six months the EU will probably extend the sanctions against Russia. This will, however, require the maintenance of a hard-line stance by the German chancellor Angela Merkel. The consecutive months of the year will be filled with slow persuasion of the parties to comply with the Minsk agreement. Europe does not have a clear scenario “beyond Minsk”, that is how to support a further peace process or how to act if the agreement does not hold.

4. Problems of the euro zone. Racing ahead

The euro zone seems to have already been through the worst, although one can hardly talk of the end of the crisis yet. In the summer, the threat of Grexit, or uncontrolled leaving of the euro zone by Greece, was successfully averted. In 2015 Euroland’s economic growth increased slightly and unemployment slowly decreased. On the other hand, the problems of China dampened this recovery and prices basically remained unchanged. That is why the European Central Bank loosened its monetary policy in December. Also, investments under the European Fund for Strategic Investments (the so-called Juncker’s plan) are intended to stimulate the economy.

Athens, which not long ago faced bankruptcy, is implementing reforms within the third bailout programme as planned. Greece declares that it will have implemented 70 per cent of the promised reforms by the inspection to be made by representatives of Brussels, the ECB and the IMF in January. The situation in the other countries which were the hardest-hit by the crisis — including Ireland, Portugal and Spain — improved considerably.

What next: The euro zone countries will continue to work on the plan of the five leaders. Next year Brussels is to tidy up the regulations introduced during the crisis and in the spring 2017 it will present a white paper in which it will propose further actions, including the reopening of the treaties and making the first changes to the structure of the euro zone. However, other countries object to any further institutional integration of the euro zone, fearing they might lose their influence on the single market. A long-term improvement of Greece’s financial condition depends on debt restructuring. The IMF supports it, but Germany and other euro zone countries are against.

5. Brussels bets on deepening of the internal market

Completing the construction of the internal market is seen in the EU as a panacea for the continent’s woes: it should increase welfare, stimulate economic growth and make Europe more competitive in the global market. Building a single, uniform economic space is, however, far from completed today in capital markets, digital economy and energy market to name just a few examples. Barriers which make it impossible to obtain benefits arising from a full integration of the markets still predominate in the EU. The barriers remain particularly high in public procurement as well as in the service sector and in the free movement of people.

At the end of November 2015 commissioner Elżbieta Bieńkowska announced the EU strategy of deepening of the internal market. The strategy did not contain, however, any specific legislative plans or measurable and time-bound goals. Moreover, in 2015 Brussels announced detailed plans of building a market of digital services to ensure for all inhabitants of the European Union equal access to content, services and goods offered online. Other plans include a package of reforms designed to increase mobility in the labour market and to create the capital markets union.

What next: According to the European Commission’s work plan for 2016, deepening of the internal market will be a priority for Brussels next year. The Commission wants, among other things, to facilitate the operations for small and medium-sized enterprises and start-ups: it will present a plan of establishing a European “fund of venture capital funds”, VAT incentives for small companies and simplification of the bankruptcy law throughout the EU. In turn, by harmonising the regulation of professions, the Commission wants to strengthen the single market of services. Work on the single digital market and energy union is to accelerate.

The above mentioned five issues do not exhaust the list of serious challenges for the European Union in 2016. Ensuring security in the face of terrorism, combating of the Islamic State and implementing the EU climate policy are the next items on the list. The problems of Europe, including above all the economic stagnation and the massive influx of immigrants, trigger an intensification of populist moods in the EU member countries.

The common denominator of the major crises and challenges in 2016 will be the overcoming of divisions and of centrifugal tendencies within the Union: be that with regard to differences of interests in the policy towards Russia or euro zone reforms and their relation to the countries outside the EU, or fragmentation of the UE migration policy among individual countries which attempt to cope with the crisis on their own. The most important task of the EU institutions and capitals next year will be to seek common solutions to these problems wherever that is politically feasible.